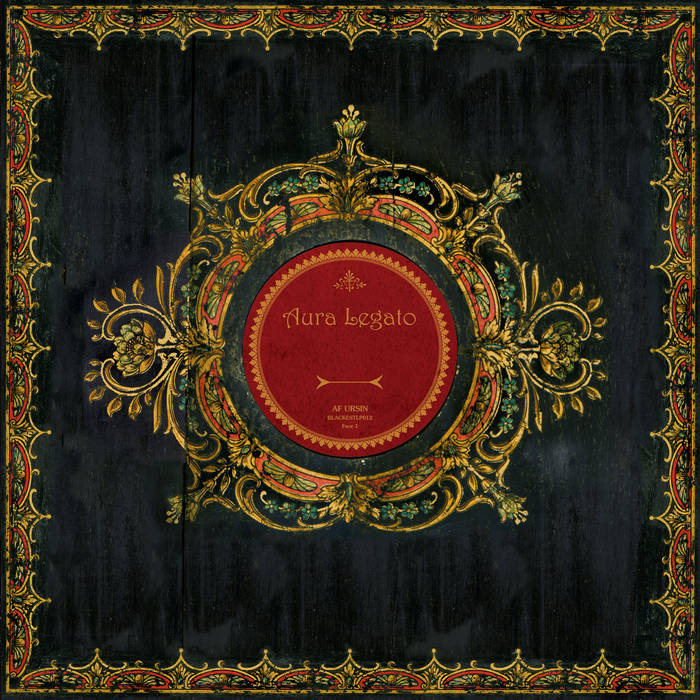 Blackest Ever Black presents a new vinyl edition of Af Ursin’s 2005 masterpiece Aura Legato, and its first outings on CD and digital formats.

Af Ursin is the alter ego of Finnish autodidact composer/improviser Timo van Luijk. He began his musical activities in the mid-1980s, co-founding the Noise-Maker’s Fifes collective with Geert Feytons in ’89. During the ’90s he developed his solo work under the name Af Ursin, before establishing his private press, La Scie Dorée, in 2001. It continues to act as the main platform for his own music, including regular collaborations with Christoph Heeman (as In Camera) and Andrew Chalk (as Elodie), while his other label, Metaphon (run with Marc Wroblewski and Greg Jacobs), is focussed on archival presentations from the likes of Michael Ranta, Joris de Laet, and IPEM.

Van Luijk’s work is rooted in the use of acoustic instruments (wind, percussion, strings), but his special sensitivity to the timbral qualities of each instrument, and his deft blurring of them, results in a sound-world that is mysterious, amorphous and hallucinatory, full of suggestive shadows, creaks and whispers. Informed by years of intensive listening to various types of free music, exploratory drug use and especially the “irregular organic forms” of the Belgian countryside where he resides, van Luijk’s process begins always with pure improvisation: music played in an intuitive, sensual way, without the employment of conscious technique. He performs and overdubs each instrumental component himself, and out of this process micro-structures and loose arrangements emerge: the piece becomes an improvised composition. Over time he has evolved his own richly poetic musical language, full of allusions to drone, acid folk, classical, Musique concrète and jazz, but beholden to none.

Originally released on La Scie Doree in 2005, in an edition of 350 copies, Aura Legato is one of van Luijk’s darker and more acutely psychedelic offerings. It’s a work of profound interiority, but one that also conjures images of old Europe and fin-de-siècle decadence – dabblings in Thelema, the fog of the opium-den – and has earned telling, if inadequate, comparisons to Third Ear Band, Nurse With Wound, Mirror and HNAS. Fully remastered by Noel Summerville, the album has never sounded better, and our vinyl edition replicates the original’s ornate presentation: sleeve die-cut in the style of a 78rpm record, with gold detailing and individually hand-glued labels. Due to be released in May 2016, we urge you to acquaint yourself with what is, unmistakeably, a modern classic.

The LP, which includes a coupon to download the full release, and CD are both available to pre-order now ahead of release on April 29, 2016. Visit our website for more details.