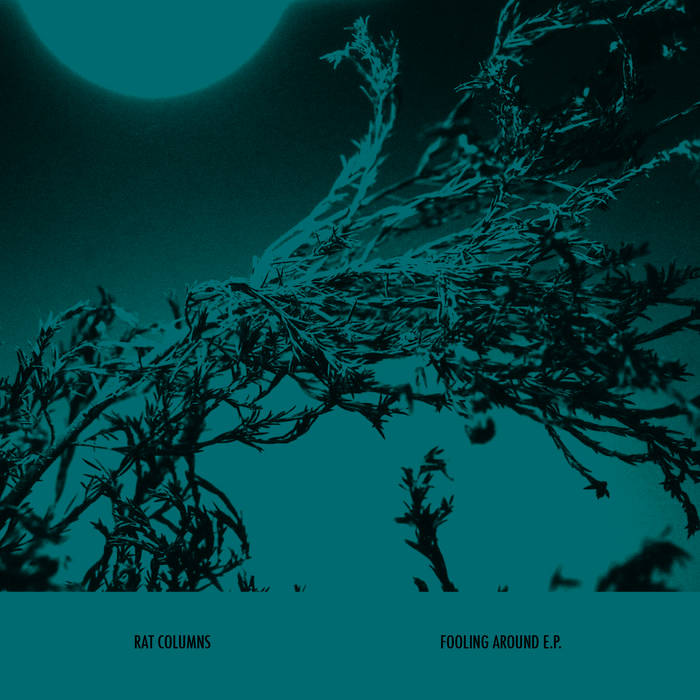 The title track is nothing short of a modern rock ’n roll classic: co-written by West and Mikey Young (Total Control, Eddy Current Suppression Ring et al) it appeared in truncated form on Rat Columns’ album Leaf (R.I.P. Society, 2014), but this is the first time that the original, longer, and definitive version has been given the vinyl pressing it so richly deserves.

Its combination of void-chasing motorik, moody jangle, West’s plaintive vocal delivery and Young’s spaced-out synth embellishments makes for a song at once elegiac and relentless: think Splendour of Fear-era Felt or David Kilgour at his dreamiest, strapped to the engine of Neu!’s ‘Für Immer’, and you’re in the zone.

The three cuts on the flip confirm the status of Perth native West (veteran of Rank/Xerox, Lace Curtain and Total Control, among others) as one of the most powerfully accomplished songwriters in the underground today: the choppy riffage, breakneck tempo and zig-zagging melody of ‘Living In The New World’ summon Orange Juice or Modern Lovers, but with a darker, more delirious edge; ‘Strays’ reprises the swooning, summer-death psychedelia of ‘Fooling Around’ (like ‘Fooling Around’, it was recorded by the San Francisco incarnation of Rat Columns, with Matt Bleyle on drums, Jonathan Young on bass, and Rusty Miller guesting on backing vocals); and bedroom-recorded stalker’s lament ‘Should I Leave You Alone?’ brings the EP to a perfectly bittersweet climax, as thrumming dub bass, chewy tape FX and West’s downcast vox yield to baroquely beautiful guitar phrasing and limpid Moog tone-float.

The Fooling Around E.P. will be released on July 31, 2015, on 12” vinyl with picture sleeve, insert and download code (edition of 500), and digital formats, and is available to pre-order now.