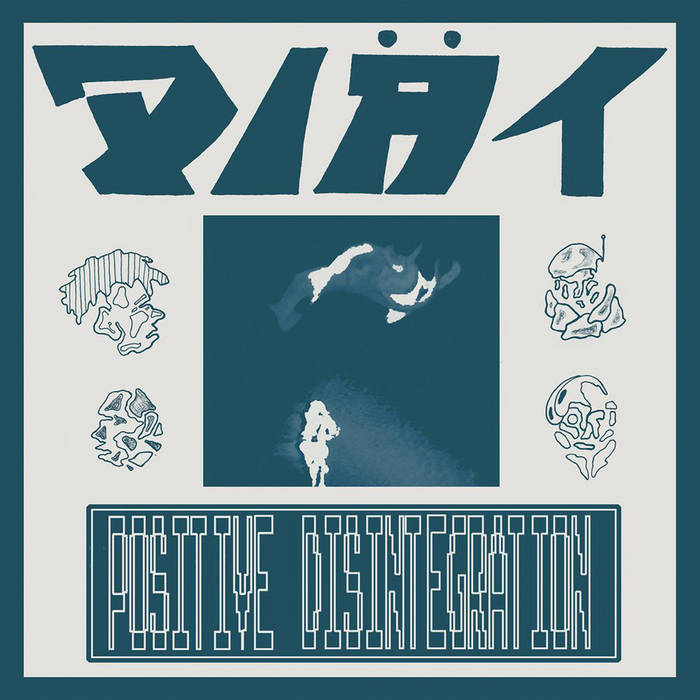 nietenkaiser It took some time to get into it. But it´s really worth to give it a second try. Trust me! Favorite track: Foreign Policy.

rosadamask Love this kinda sound on BEB. Was pleasantly surprised. Favorite track: Only My Own.

Positive Disintegration is the long-awaited - genuinely, it's been four f*****g years - second album from Diät. When we think back to the time that Blackest Ever Black was based in Berlin, we think of Diät. Or more accurately, we think of cheep beers, terrible customer service, and then Diät. A four-piece comprising two Australians and two Germans, all with long histories in hardcore, these punks-on-wave (as one gig poster hanging in our office bog memorably put it) were the best live band in the city, and best all-round geezers, during those strange in-between days - channelling the bleak crunching attack of early Killing Joke, the terse minimalism of Crisis and the Mob, the chorus-pedal grandstanding of peak Chameleons (maybe) and the bittersweet pop impulse of the Cannanes (definitely) into songs that spoke eloquently and angrily to our contemporary first-world malaise. Or as they themselves put it: the sound of checking your bank balance to see if you’ve been paid yet...and you haven’t.

Their 2015 debut LP, Positive Energy, is a modern classic - lyrically still sifting through the psychic detritus of real-gone teenage years in the Perth and Sydney 'burbs, while also addressing the decadence and dreariness of exile in Europe, it perfectly captured both the necessity and thrill of escape, but also the absolute futility of it. Today's novelty is tomorrow's grinding monotony...innit.

Now here comes Positive Disintegration. Things have changed. Not so much musically - a few fizzing synth-lines and drum-machine jabs aside, it's the same make-up as before...muscular, pared-down, cranked-up...tough new wave. Which is a relief. Nah, the main difference is that the faint glimmer of light that used to lurk in Diät's songs has been properly snuffed out. Whether surveying the smouldering wreckage of that thing thing we call "personal life", or zooming out to comment on the global political impasse (uh-oh!), the conclusions reached aren't encouraging. Self-doubt has hardened into self-loathing. Disappointment, dejection, disdain, despair...all the D's in effect. This is music for when the bubble has burst but you're still living in it. For when the pessimism that used to be a pose, possibly some kind kind of armour or salve against the total banality and fuckwittedness of the world around you, is now your only mode of being. Yeah, you missed the bus...and there won't be another one.

Edition of 500 in reverse board jacket with lyric sheet, poster and download card included. Recorded at Dong Xuan Productions. Mastered by Daniel Husayn. Art by Yuta Matsumura and Made Ollosp.

Non-EU customers can get this from Iron Lung.