by TROPIC OF CANCER 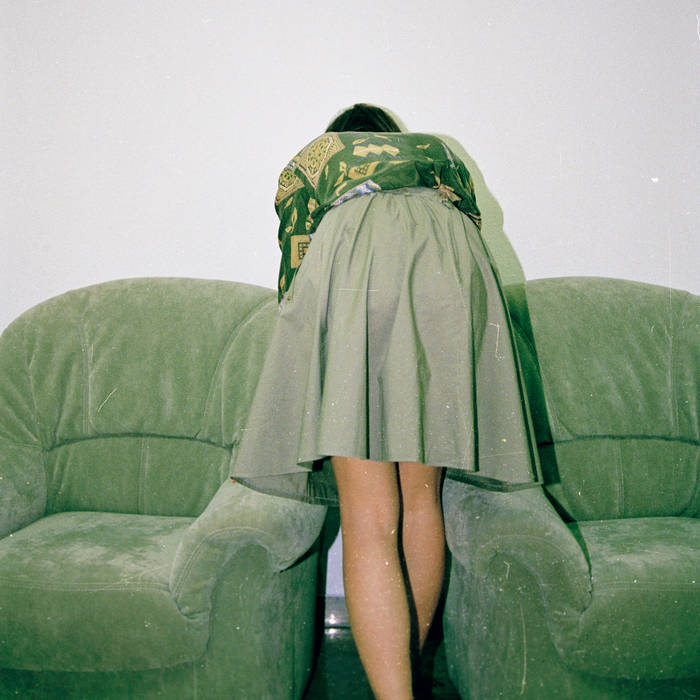 YNG ZNG Everybody likes this try it
Favorite track: I Woke Up And The Storm Was Over.

Miquel Dangla Some of the 7:01 minutes better spent on this planet. Favorite track: I Woke Up And The Storm Was Over.

Chris McDowall I think this EP has cast a spell on me.

Rami Really good music all around. I love all 3 songs. Very sad, yet spacious sounding. The ghostly snares give me goosebumps. Favorite track: Stop Suffering.

Stop Suffering is the new EP from Tropic of Cancer, due to be released on 12″ vinyl and digital formats on October 30, 2015.

It’s the first music to emerge from Camella Lobo’s project since the 2013 debut album, Restless Idylls, and features three new songs – ‘Stop Suffering’, ‘I Woke Up And The Storm Was Over’ and ‘When The Dog Bites’ – written and recorded by Lobo in LA, with additional production and mixing from Joshua Eustis (Sons of Magdalene, Telefon Tel Aviv).

Lobo’s deeply romantic, fatalistic music has always luxuriated in sadness, and that isn’t about to change: themes addressed on Stop Suffering include, she tells us, “disappointing yourself and others…burning your own house down…temporary feelings with permanent consequences.” It is music steeped in pain and regret, certainly, but unlike TOC music of old, these new songs feel less about surrender: even if the title track does seem to address the S-M dynamic at the heart of any meaningful relationship (“For you the world feels so brand new / When you cut me like you do”). On the contrary, they are self-possessed and constructive, even confrontational, embodying the stark command of the EP’s title. This is not a record about loss, but about what comes after: and it is mature enough to know that what comes after is no walk in the park. Lobo identifies the idea of “self-help” as being particularly pertinent to these songs, and this comes across: rebirth, redefining the borders of the self, learning to be happy again. Gone, or at least receding, is that decadent, fin-de-siècle preoccupation with decay, with the end. Stop Suffering is a new beginning.

The towering, time-stopping title track is the culmination of Tropic of Cancer’s work to date, and sets the tone for the entire EP. This is music at once intimate and immense. Rarely does an arrangement so sparse exhibit such grandeur: Joshua Eustis’s bravura mixing wrings spine-melting effect out of each component, and the dubwise harnessing of space and bass pressure first showcased on Restless Idylls is now a core, defining feature of the band. Lobo’s melodic gift has always been strong, but the hypnotic, monochord intensity that characterised TOC’s previous records gives way here to a more concrete song-narrative – which serves only to heighten the sensation of drowned-world psychedelia. Her divine alto still swims in reverb, but the words are clearer, there’s a resolve to communicate through the aqueous haze: “I hope you’ll forgive me…”

‘I Woke Up And The Storm Was Over’, which appears here in a slightly different mix to that which opens the vinyl-only Blackest Ever Black compilation I Can’t Give You The Life You Want, is no less mesmerising, further highlighting Lobo’s ever more sophisticated, painterly use of synth textures, not to mention her unmistakably plangent, otherworldly guitar work. She has spent a considerable amount of time crafting these songs, and it shows: for all that we cherish her earlier work, never has Tropic of Cancer sounded so poised, so assured, or so moving as it does today. The EP concludes with the elegiac, frozen-space ambience of ‘When The Dog Bites’; Lobo’s vocal is a radiant blur, consoling across a void of lonesome string-pads, vaporous noise and distant, tranquilized bass-drum detonations.

“I’ve searched all the world,” Lobo sings on ‘I Woke Up…’, “And it turns out I want all the world.” With Tropic of Cancer it always comes back to longing: for the impossible, the irretrievable, the unrequitable.

Written and recorded by Camella Lobo.
Additional production and mixing by Joshua Eustis.