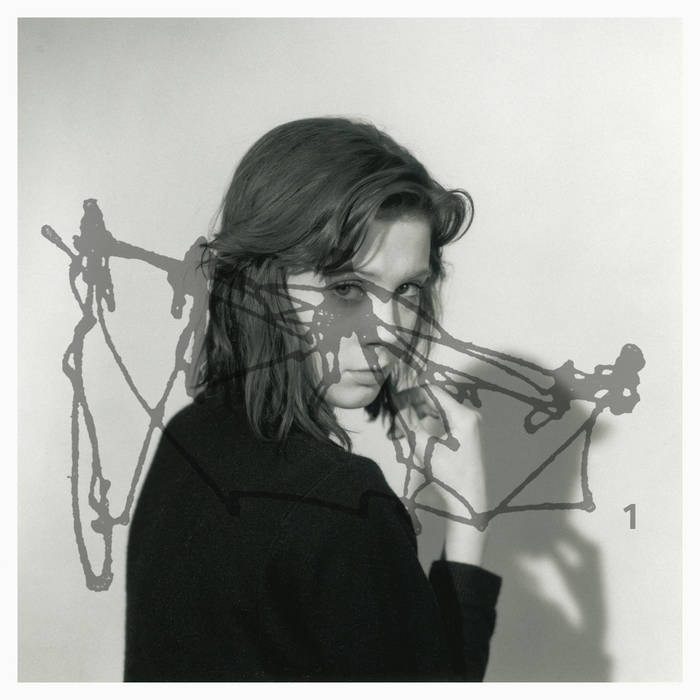 Julius Terrell I love how melancholy this album is. It's deep,dark and depressing. I hope more of these albums come out. Favorite track: Response To Stimuli.

The Friendly Stranger An epiphany bootstrapping a collapse. Sounds like Tangerine Dream scoring a Boards-of-Canada-esque excavation of the lost footage of R.D. Laing's practice.

ggaston Very stimulating mix of colors and layers everywhere. A lot of "Stop and go" feelings fed from occasional rhythm sections and themes. Wasn't very happy with how the vinyl tracks were cut, but what a great record! Can't wait for the next volume! Favorite track: On A Level.

Mohamed Gamal First heard it in Berlin Atonal 2014. Would say it was the festival's best memory Favorite track: Bahy-Oh-Feed-Bak.

House Number 44 is the first volume of The Composite Moods Collection, a new cycle of Dalhous recordings that examines the relationship between two individuals co-habiting in the same confined space - their interactions, their sense of self and of each other, and the pregnant space between. One of these people, the protagonist (if you like) of House Number 44, is, or at least believes themselves to be, in fine mental health. The other appears distinctly unwell – detached, isolated, often feeling helpless and unable to influence the world around them; at other times prone to committing acts of extraordinary aggression and manipulation.

The title of The Composite Moods Collection nods to the world of film and library cues, riffing on the utilitarian idea of music “to suit the mood” and the appealing if archaic notion that a “mood” can be a discrete or fixed thing, a unit of feeling. Dalhous’s Marc Dall takes this notion and runs with it: he attempts to convey a bipolarity of mood, each movement contradicting or erasing what came before, making progress impossible. An illness that underpins and sabotages every thought. And so, while a finely crafted and very deliberate narrative connects each cue to the next, it is not a smooth or a linear path. On the contrary it is jarring, complex, subject to severe and sudden modulations; one step forward, two steps back.

House Number 44 is also about artistic license: about the liberties an artist takes when representing another person in any medium, and more fundamentally, the “artistic” liberties all of us take in the construction of our own self-image, and in our day-to-day perception of others. Though Dalhous's R.D. Laing trilogy – An Ambassador For Laing (2013), Visibility Is A Trap (2014) and Will To Be Well (2014) - is now complete, Laing remains a spectral presence in their work, and The Composite Moods Collection ultimately cleaves closely to recurring Dalhous themes of identity, behavioural modification, and self-help.

Longtime followers of Dalhous will observe that House Number 44 contains some of their sparsest, most malevolent-sounding work to date (see especially the brooding synthesizer throb of ‘Response To Stimuli’ and ‘End Of Each Analysis’) but some of their most disarmingly beautiful too, with indelible melodies and atmospheres as deep as thought: ‘Methods of Élan’, ‘On A Level’, the elegiac ‘Lines To Border’. Dall’s enduring affection for neo-noir film scores of the ‘80s and early ‘90s, with their gleaming electronics and submerged existential torment, is more palpable here than ever, and you may hear echoes too of Klaus Schulze, Pete Namlook, or Eno’s The Shutov Assembly – but Dalhous continue to plot their own course, obsessively and meticulously, oblivious to contemporary trends and unconstrained by historical influence; driven, indeed, by their own demons.

Written and produced by Marc Dall.
Engineered by Alex Ander.